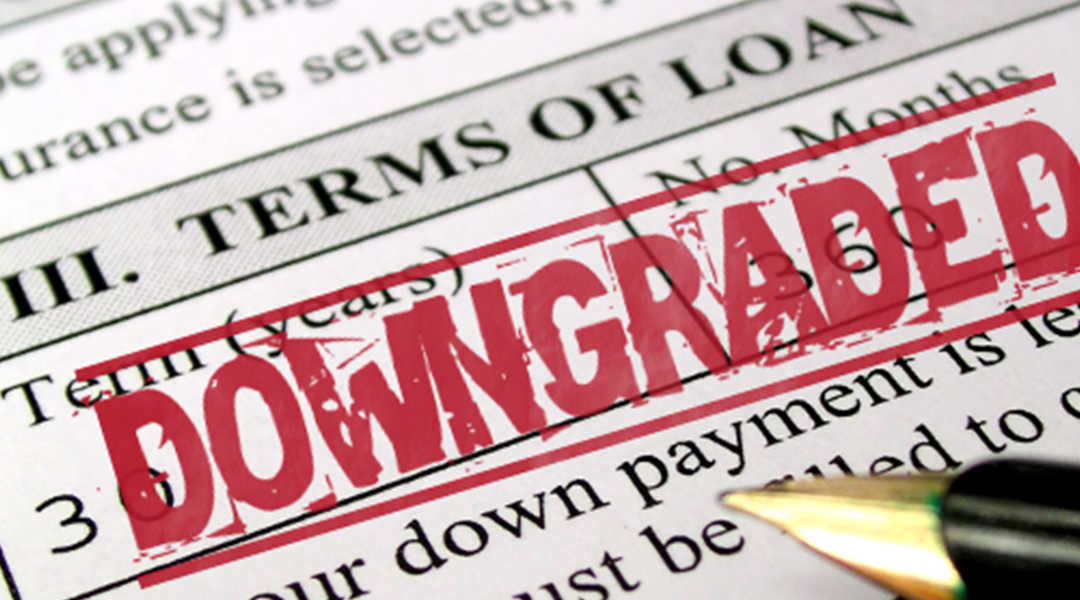 A wave of credit downgrades to junk status could be one of the many themes to charting the devastation as a global depression unfolds.

Visual signs of economic hardship are becoming apparent, whether it be growing food bank lines, or empty retail space with 25,000 stores expected to close in the US alone, according to Coresight Research.

Moreover, as furlough schemes end in October the delayed impact of coronavirus lockdowns on jobs is likely to be revealed in the final quarter of 2020, with millions of people added to the unemployed register. 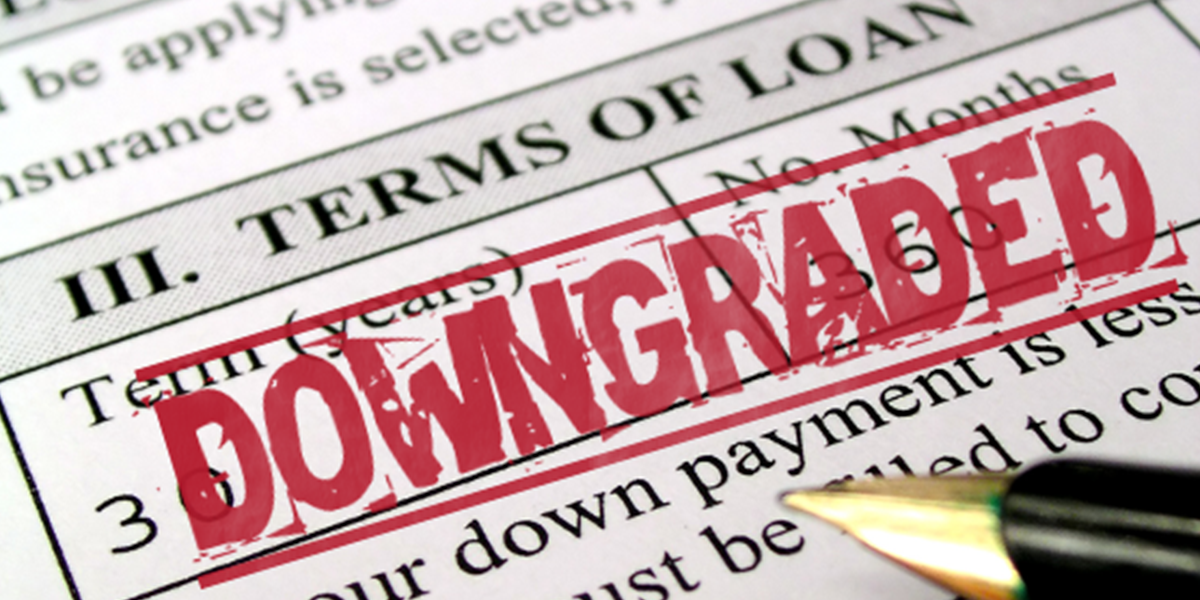 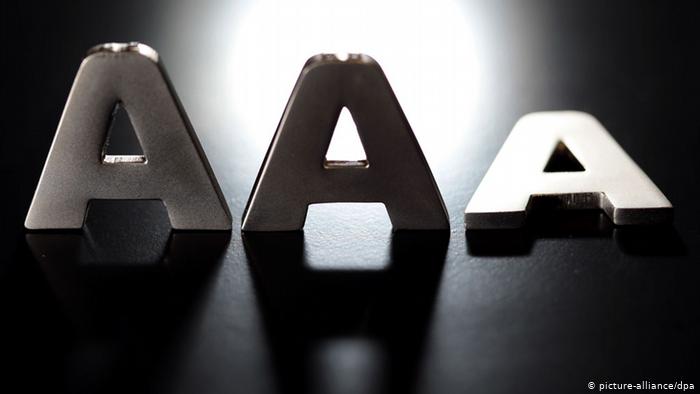 Pending wave of credit downgrades to junk status, a tsunami of bad loans, particularly in commercial retail and energy sector could be the banking system’s Achilles’ heel going forward

What’s more, the central bank’s unprecedented decade long monetary easing could be in the twilight zone. Monetary easing, zero or negative interest rate policy, the ongoing currency debasement through the seemingly endless creation of currency is accelerating a growing trend of a vote of no confidence in fiat currency. So investors are seeking refuge in precious metals, which is fueling the great gold rally and a boom in cryptocurrencies.

Investors know that the bond market has a better track record of predicting problems with the economy rather than stocks.

Could the financial crisis of 2008, a subprime mortgage crisis be dwarfed by a 2020 wave of credit downgrades to junk which triggers defaults in energy and commercial retail bonds? 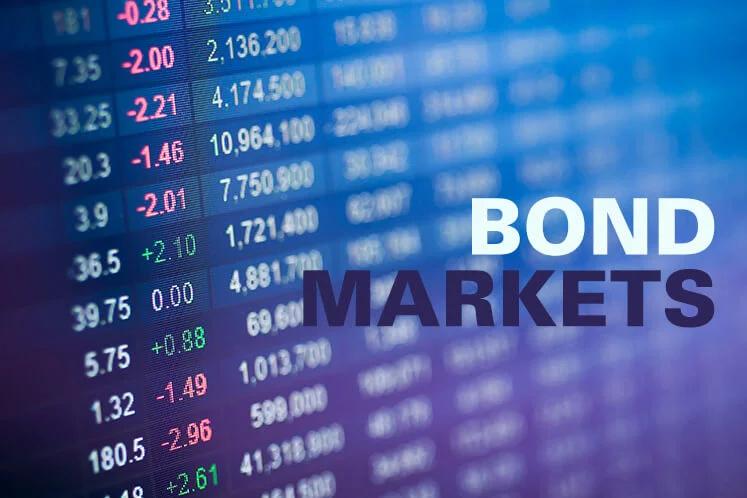 In the latter case, corporate yields might not be a good indication because central banks are buying bonds, pushing up the price of corporate bonds and sending their corresponding yields down, bearing in mind that there is an inverse relationship between bond prices and yields. So in a central bank perverted market, low yields don’t mean low risks. In fact, bonds are so overbought by central banks that the total value of bonds with negative yields has surpassed $15.6 Trillion.

A wave of credit downgrades is probably investors/traders’ best indication of trouble looming in the bond market, the wider economy

Eventually, credit downgrades to junk and a wave of bankruptcies will be reflected in stock prices being re-valuated based on fundamentals rather than central bank liquidity.

The energy sector is likely to be rife with credit downgrades and bankruptcies.

Crude prices have been particularly volatile this year with many analysts warning that the energy sector needed a strong recovery to offset a rising mountain of expiring debt.

Rising Middle East tensions pushed crude prices to $50 -60$ per barrel range early in the year with the US assassination of a top-ranking Iranian general in Baghdad, followed by an Iranian counter-attack on two bases in Iraq that hosted US military personnel.

But the crude market was soon hit with a simultaneous demand and supply shock. First came, the demand shock with the threat of COVID-19 growing and starting to spread which culminated in the great global lockdown. Then came the supply shock as Russia and Saudi Arabia subsequently flooded the markets with cheap oil and started a price war to drive out competition.

A perfect storm for crude was underway with the oversupply and lack of demand which sent prices hitting a historic sub-zero low on April 20th, with futures for West Texas Intermediate (WTI) Crude closing at -$37.63.

The biggest victim in the first half of 2020 was Chesapeake Energy, a shale giant that declared bankruptcy on June 28 with more than $9 billion in debt.

Moreover, energy companies took on a large amount of debt in 2015-2016 which is now expiring and too difficult to pay off in these current market conditions.

“An economic slowdown made worse by a global pandemic is likely to spur a tsunami of credit downgrades which will first hit energy, retail, and tourism” – Wealth Training Company

This month, July has already clocked more credit downgrades in the energy sector with a string of companies declaring bankruptcy or seeking creditor protection since 2020.

Credit downgrades in retail are also likely to be acute as the brick-and-mortar meltdown accelerates in a post-COVID-19 world.

Retail properties secure 25.2% of the pool, including four regional malls in the top 15.

Fitch expects a negative economic impact on certain hotels and retail properties due to the recent and sudden reductions in travel and tourism, temporary property closures, and lack of clarity on the potential duration of the pandemic. The pandemic has prompted the closure of several hotel properties in gateway cities, as well as malls, entertainment venues, and individual stores. Those that have since reopened are likely to experience limited operations and reduced foot traffic.

An economic slowdown made worse by a global pandemic is likely to spur a tsunami of credit downgrades which will first hit energy, retail, and tourism

Moreover, any attempt by the central banks to prevent what could now be another great depression and stock market crash could lead to a monetary crisis, a collapse in confidence in the central bank’s fiat currency. There is already $15 trillion of bonds with negative yields, base rates are near zero and currency debasement is causing investors to pile into tangible haven assets.

The next chapter could be about a wave of credit downgrades, a bond bloodbath, and a stock market crash

But equally, a recession/depression is the best time to plant seeds for the next recovery.